Our t-shirts have arrived so the countdown is officially on … 10 days to go until 2017’s London Legal Walk. 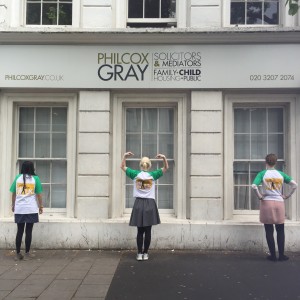 Sir James Munby, the President of the Family Division, has released new guidance on the cooperation of judges in Serious Case Reviews. Sir Munby acknowledged there is some misunderstanding as to the extent to which a judge can participate in a review and his guidance reminds us their involvement has potential to bring up issues for judicial independence and the separation of powers.

Serious Case Reviews are conducted by a local authority’s Local Safeguarding Children Board. These Boards are statutory bodies established by the Children Act 1989, and are chaired by a senior social work manager from another local authority. A Board is brought together to complete a detailed review of a local authority’s involvement when a child with whom they have been involved dies. Judges are sometimes asked by the Board for their involvement in these reviews, but they never respond and do not undergo any interviews. They are under no obligation to assist. As President Munby’s guidance explains, this is not because the Judiciary wish to avoid scrutiny or accountability but because judges must be free from the direction and management of other judges. The responsibility of a judge’s decision falls to the judge alone and if their decision is to be reviewed it is to be done within the court arena only by way of the appeal process. This principle, President Munby points out, was developed in order to protect the rule of law, to ensure that the only way to challenge a judge’s decision is in a court of law. All requests from a Board he says should be passed to his office where they can be responded to accordingly.

"Sania - sending you this message just to thank you personally for your effort and help within the whole year! And you have done your best much appreciated!"
- A family client